The Japan Years Trilogy will finally be released this year in its entirety. First in Japan in June, then in August Globally. However The Dolomites will be releasing a track and the story about each song in the Japan Years Trilogy every 11 days starting today until the Global Release. Enjoy, and stay tuned for more news about the Japan Years and Japan Tour 2015.
止めちゃ駄目ーYamecha Dame [Never Give Up] Track 2 Japan Years I
Originally written and recorded in Brooklyn, NY in 2003 on "Darumanian Chophouse" [out of print]
Re-recorded and re-released in a semi-Balkan style on "What the F*%K is This?" in 2008 [out of print]
And most recently recorded in a garage in Beaverton, Oregon with a Japanese Enka and Indonesian Gamelan with Tom Waitsian vocal stylings.
The song is essentially a Pro-Life song "頑張った方が楽ですよ。。。死んでもまだ辛い” [It's easier to do your best...It will still be difficult if you die/give-up].

Featured on Generation Bass - " I'm sure Tom Waits would be proud of this" DJ UMB
http://www.generationbass.com/2014/05/25/the-dolomites-yamecha-dame-3-dont-give-uptom-waits/ 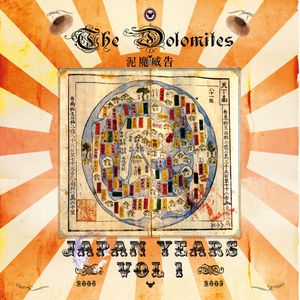